Mike lives on the streets of Portland. He’s a hustler. A hustler with narcolepsy, a neurological sleep disorder caused by the brain’s inability to regulate sleep-wake cycles normally. Affected by strong emotions narcoleptics may experience  a sudden muscular weakness, and suddenly literally  fall into deep sleep. 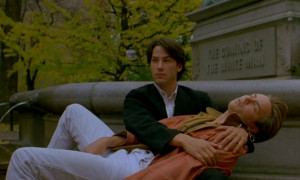 –What’s the time? –Why? You wouldn’t even look at a clock unless hours were lines of coke, dials looked like the signs of gay bars, or time itself was a fair hustler in black leather.

His friend Scott does the same, but mostly to annoy his father, and his life gonna change when he’s 21, so he says. They go on a trip to find Mike’s long lost mother.Somehow it all feels slightly surreal. 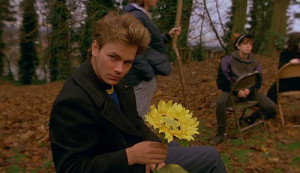